Coláiste Phobal Ros Cré was bustling with excitement on Tuesday last in anticipation of “The Chaser”. Students from first year, transition year and further education were treated to a mock demonstration of the Chaser by Pallas Marketing. “The Chaser” will take place in the Racket Hall Hotel on Thursday 10th October at 8pm. “The Chaser” is the school’s major fundraiser for this year with proceeds going to fund an ASD unit (Autism Spectrum Disorder) and Wellbeing initiatives. Tipp FM covered the event live as anticipation grew. Finally, the students were victorious and rewarded with no homework for their victory. School Principal Mr Michael O’Connor reminded those present of the need in the locality for an ASD unit in the school. “Every effort is being made to make this a reality”, said Mr O’ Connor.

The Chaser will run as seen on television. Contestants are drawn from the audience as per ticket stub and after 7 questions could possibly win €1500. Over €3000 is up for grabs on the night which is shaping up to be the event of the year. Tickets are selling fast. Remaining tickets are available from the school’s reception (0505-23939). Anyone who wishes to make a donation or sponsor the event can email chasercpr@gmail.com Every cent counts.

Countdown to Thursday 10th October is truly on.

On Monday 23rd September our Senior football team played against Killenaule and came away with a comprehensive win. Well done to all players and mentors.

On Tuesday 24th September our Junior hurling team played championship V St. Brogans Bandon. They were unlucky on the day but they will definitely bounce back from this and drive on for the rest of the year.

On Wednesday 25th September our 1st years played a Camogie challenge game V Borrisokane. They had a great win and it augers well for the year ahead. Well done girls in their first outing in the black and Red Jersey and to all their mentors. 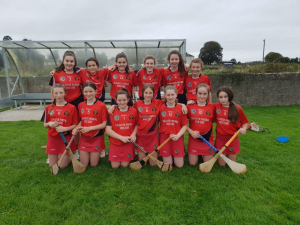 On Thursday 26th September our golfers played in Roscrea Golf Club. It was a Schools Golf Competition and GOY 1 for Junior and Senior students. A total of 17 students took part in the first outing of the year. The weather stayed dry for the boys round of golf. Great scores by all. Winners of the Senior section were 1st Dylan Hogan, 2nd Diarmuid McLoughlin, 3rd Kenny Lee.

Junior section winners were 1st Leon Byrne, 2nd Daire Pyne, 3rd Devin Loughnane. Well done to all who took part. Best of luck to all golfers for the year ahead. 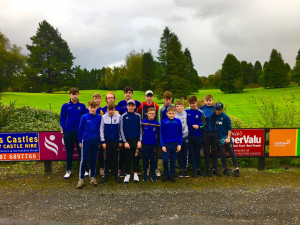