The Student Council met officially this week in order to confirm official posts and discuss the forthcoming year.  Armand Ódor was unanimously confirmed as Chairperson of the Council with Alanna Cleary named as an able Vice-Chairperson.  The Council then sought nominations for the remaining positions and Orlagh Phelan was appointed Secretary to the Council, Kyle Dooley its Treasurer, Ruby Mitchel Public Relations Officer while Ryan Whelan was named as Liaison to the Irish Secondary Schools Student Union (ISSU Officer). All officers and members present were enthusiastic about possible campaigns and future initiatives for the academic year ahead.  It was agreed that the Council would arrange presentations to both the Board of Management and the Parent’s Council to apprise them of the workings of the Council itself and also to seek support for some of their initiatives. Well Done.

The 6th year parent teacher meeting took place on Thursday 2nd December online. This is very important for all to monitor progress and identify areas for improvement.

On Friday 3rd December the TY’s went on their Teddy Bears Picnic walk to Monaincha. Thanks to all teachers who travelled with the group of students. 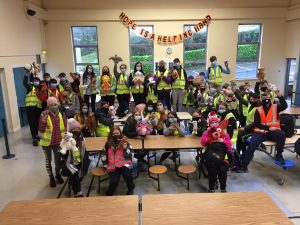 Well Done to Emma Phelan 3rd year who competed at the Munster Irish Dancing Championships in Killarney last weekend. She represented the Flynn O Kane school of Dancing in the under 15 Championship and came 3rd overall. She danced a heavy Jig, Slip Jig and Set Dance. This is a fantastic achievement and it qualifies Emma to compete at the World Dancing Championship in Belfast in March. All in Coláiste wish her well. 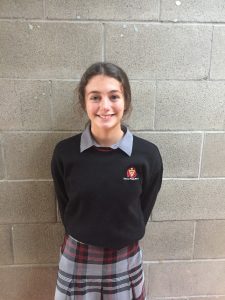 Best of luck to the senior camogie panel who are in a Munster semi-final on Tuesday 7th December against Cahir. Also Best wishes to staff member Ms. Louise Larkin and 5th year student Orlagh Phelan who were victorious last week in the Leinster quarter final with Naomh Bríd Camogie club and will compete in the Leinster semi-final against Ratharney, Westmeath on Sunday 5th December. We all wish them well.