Coláiste Phobal Transitiion Years are again preparing for their annual musical ‘All Shook Up’ which will take place from 26-28 November. The transition years are as enthusiastic as ever getting ready, learning lines, practicing dance routines and rehearsing songs. As always booking is on a first come first served basis. Seats may be booked by phoning 0505-23939 and early booking is advisable.

On Tuesday 4th November the First Year Hurlers played a Tipperary Blitz in Dr. Morris Park, Thurles. The lads aquitted themselves very well and won 4 matches enroute to the Final where they were eventually beaten by a team that they beat had in the first game. They played Scoil Mhuire in the first game and beat them on a score of 1.1 to 0.1. This was helped by a great point from a free by Killian Sampson and a poachers goal by Jack Delaney. In the second game we played Thurles CBS and beat them 4.4 to 0.0 with good performances right throughout the team. Our third game was against Comeragh College and we beat them 3.3 to 0.2. In our fourth game we played Our Lady’s Templemore and won 3.5 to 1.1. This got us to the Final where we once again met Scoil Mhuire, Thurles. They were to prove too strong for us and got 2 quick goals at the beginning of the first half to leave us with an uphill battle. Everyone fought hard but it was not to be in the final however a great effort was given which augers well for the remainder of the year. Well done to all the panel which included: Dara Maher, Jamie Boland, Jack Delaney, Niall Delaney, James Dooley, Jack Flannery, Ryan Hanlon, Ben Higgins, Craig Lally, Tomás Teehan, Kevin Moore, J.J. O’Brien, James Whyte, Killian Sampson,  Luke Seacy, Luke O’Gorman, James Dooley and Jack Delaney.

in UCD on Wednesday 12th November for their high point achievements. Jamie who was last year’s

are very proud of their achievements and congratulate both students.

We wish them every success in their chosen paths. 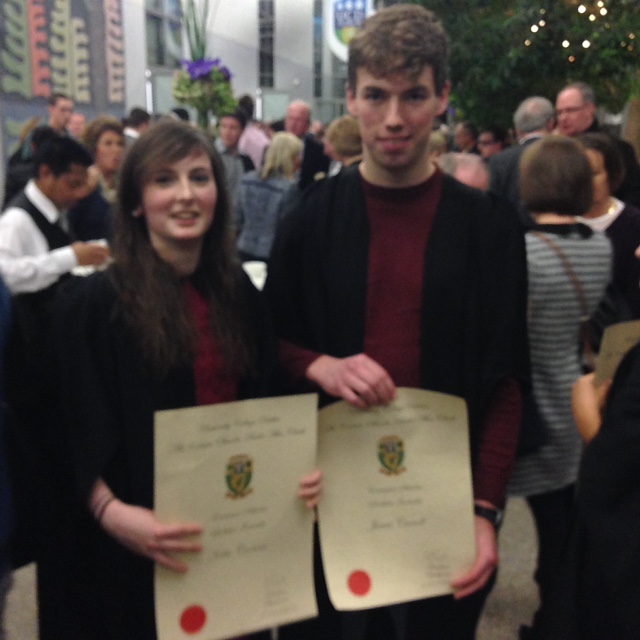 Transition Years are again preparing for their annual Musical. This year’s choice is the ever propular ‘All Shook Up’.

The TY’s are as enthusiastic as ever getting ready, learning lines, practising dance routines and rehearsing songs.

As always, booking is on a first-come-first-served basis. Seats may be booked by phoning 0505-23939 and early

Various schools from Tipperary North took part, together with 5 teams of 4 students each from Coláiste Phobal Ros Cré,

an Aonaigh.  Approximately 30 teams took part.  The Quiz consisted of 9 rounds of 5 questions, 2 of the rounds being

sport, history and geography. Coláiste Phobal has had a great run of success over the past ten years, being regularly

placed in the top three prize categories, and outright winners on a number of occasions. Unfortunately our top placed team

missed out on 3rd place this time by just 2 marks with a great score of 31 out of 45, the winning team scored 34. The team

students thoroughly enjoyed the day as did the accompanying teacher An t-Uasal Ó Dubháin.

On the morning of Monday 10th November, both 5th Year History classes were prepraring to begin the school’s first History

trip.  On the 9 O’clock bell, the tour beus now packed with energised and enthusiastic students and their History teachers,

Ms. Howard and Mr. Fitzgerald began its journey to the first destination, Corke Park. Upon arrival, the historians were warmly

welcomed to the GAA museum before beginning the tour of Croke Park. The tour, a very enjoyable and educational one

Ireland today. Upon the ending of the riveting Croke Park tour the trip them moved on to its next destination, Glasnevin

Cemetery and after a quick look around its own museum, we moved onto a guided tour which was specificatlly catered to suit

the History classes. The tour consisted of the graves and final resting places of some of Ireland’s most important political and

amoung the tombstones of some of Ireland’s most predominatnt figures of the nineteenth centrure, it was time to head home for

the tour. Along the way, the tour stopped into Newbridge Whitewater Shopping Centre for an early start to the Christmas

shopping before continuing on home. Many thanks to Ms Howard and Mr Fitzgerald for organising the trip. 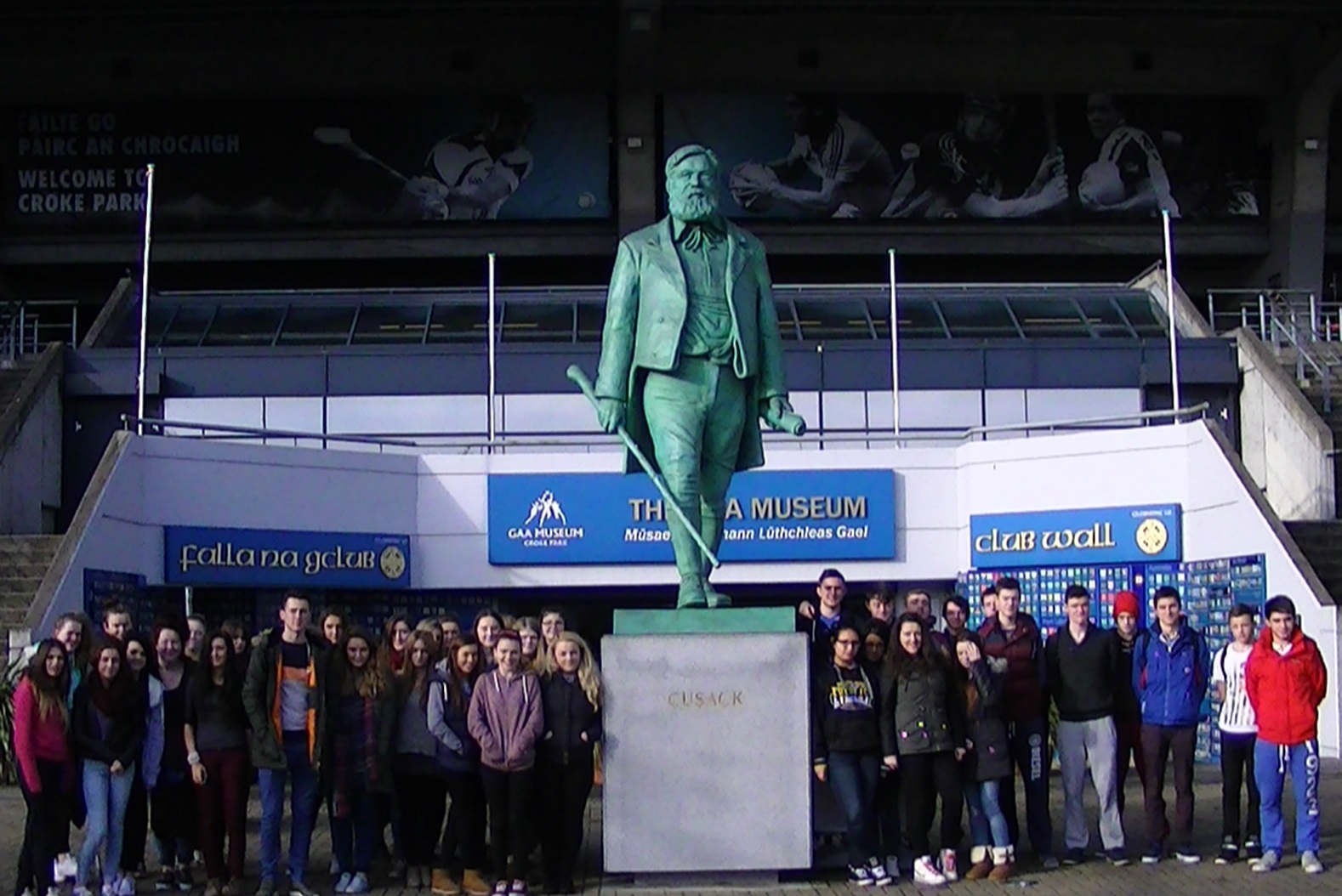