O’Leary Cup Final
U 17 Tipperary Schools B Hurling.
A unique Final of the O’Leary Cup between Coláiste Phobal Roscrea and Cistercian College Roscrea was played at a sun drenched St Cronan’s Park Roscrea on Thursday last. Nothing like a local derby to get the temperatures rising and with conditions just perfect this proved to be a very enjoyable contest.

Colaiste Phobal sprinted out of the blocks and got off to a dream start with an early goal blitz from Liam Seacy and the in form Joe Fogarty. David Jones, Gearóid Murphy and Paul Costello and team Captain Jason Gilmartin were all winning their battles as the Coláiste fowards went on a scoring spree for the first twenty minutes and raced into what proved to be an unassailable lead.
Bit by bit the Cistercian lads began to improve mainly to the efforts of the players like Jay Culleton and Jack Canning. Unfortunately during this period the Cistercian lads missed a number of scoreable frees which would have lessened the gap between the sides at the interval.
The Cistercians improved after half time with Jack Canning now operating at full forward and posing problems for the Coláiste defence, but with Cillian Ryan in outstanding form at centre-back and wing-backs Stephen Carey and Roddy Teehan and Gearóid Sampson doing a good job at full back, assisted by Jack Bourke and Jack Kirwan scores were still hard to come by. Roddy Teehan at wing-back had an outstanding game throughout the second half for the Colaiste. Colman Treacy and Daniel Ryan had the upper hand at midfield all day. The second half was a well contested affair with the Cistercians getting in for two goals and several points from Jack Canning. Mark Fanning was in top form in goals for Coláiste Phobal Roscrea.
Paul Costello then scored a brilliant individual goal for the Coláiste to make the game safe. In the end Coláiste Phobal won on a score line of 5-17 to 3-14 as the Cistercian lads tried to reel in that early goal blitz but they never got close enough to put real pressure on the Coláiste lads. Yet it was a real entertaining game with tremendous skill and fast hurling on view and some brilliant scores to enjoy.
great credit to both teams for a great display of sporting endeavour. 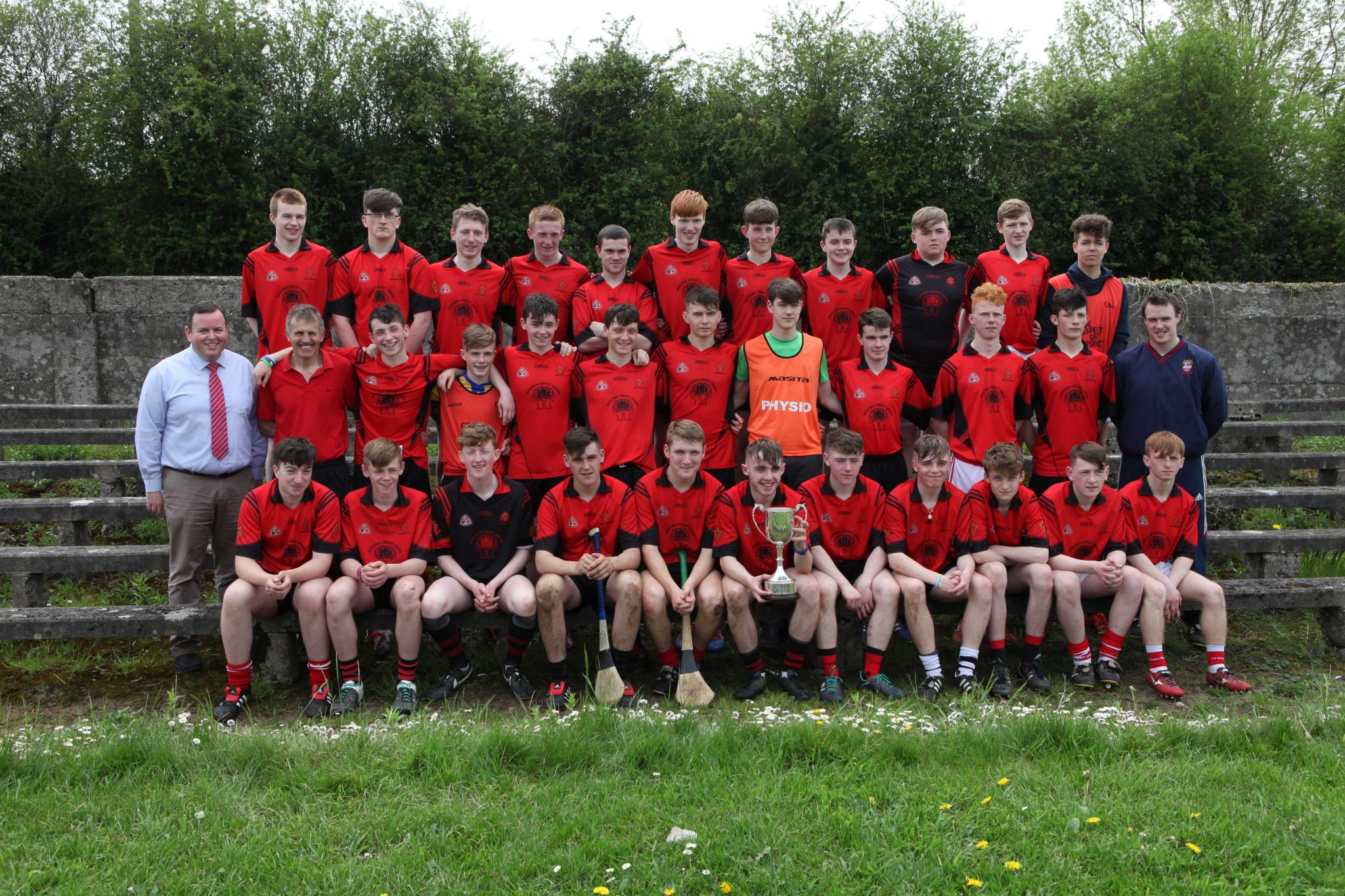