On Monday 28th March we started Hope week with Lunchtime Music from our Music generation group. We also had Language of Hope with teachers and students. There were Feathers in Religion classes all week in Fr Lorcan’s & Religion Teachers classes.

On Tuesday 29th we had a Bake Sale for Ghana at breaktime where LCAs made treats along with Ms. Loughnane and Ms. O Grady. LCA students and hope week committee members sold the treats. The Language of Hope and feathers in Religion classes continued.

On Wednesday 30th Edel McCormack delivered a ‘Be Kind to your Mind’ session in the oratory from 4-5pm for students and staff. The Language of Hope and feathers in Religion classes continued.

On Thursday 31st Armand Odor 6th year delivered an Autism Awareness Session Q and A to all first year students.  The Language of Hope and feathers in Religion classes continued.

On Friday 1st April we had a Non uniform day. This included traditional dress, club, county and country colors.  The Language of Hope and feathers in Religion classes continued. After school we had the 7k Walkway Challenge for Climb with Charlie and Pieta House. Students and staff started at 2.10 on the walkway.

Many thanks to all students and staff who helped out and took part in the various events of Hope week. We especially thank the Hope week committee for organizing the week which was enjoyed and appreciated by all. Over €400 was raised as part of the non-uniform day in aid of Pieta House. 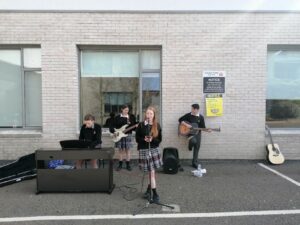 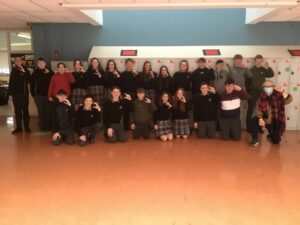 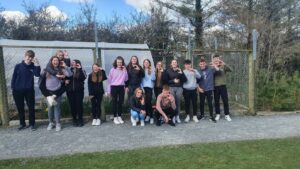 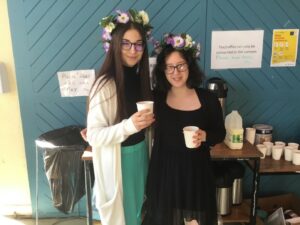 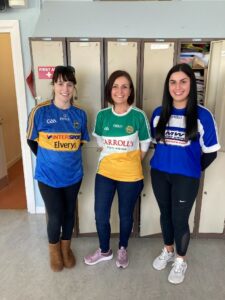 Staff members Ms. O’Donoghue and Ms. Watkins along with former student Inessa Teehan wearing their county colours as part of the non-uniform day during Hope week 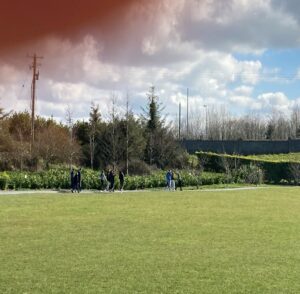 Students walking as part of the Climb for Charlie support 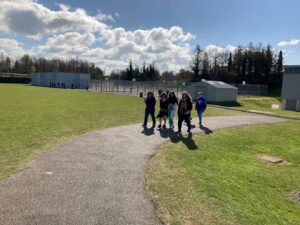 Fr Lorcan stepping it out along with Ms Kennedy and students as part of the support for Climb with Charlie.

The Green Schools committee assessment for the 5th green flag on the theme of Biodiversity took place on March 31st. Catherine Broderick, Local Environmental Officer, carried out the assessment and met with the committee. A presentation was made on the various actions completed followed by a walkabout showing examples of the student’s work. An online application detailing the work of the committee on the biodiversity theme over the last 3 years was also submitted. The committee now look forward to the results of their efforts and hope to bring another green flag to Coláiste Phobal. Many thanks to Mr. Newman, Green Schools Coordinator. 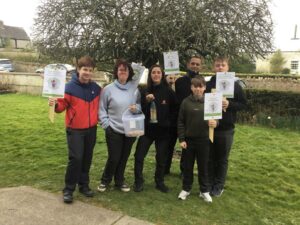 Our TY students were in Glendalough from Tuesday 29th – Thursday 31st March with 2 overnights. They did many activities including Bushcraft at Ovoca Manor, making herb bread over the fire, hiking as part of their Gaisce Award, lunch on the boardwalk and skimming stones at lower lake Glendalough. Well done to all students and thanks to all staff who accompanied the students. 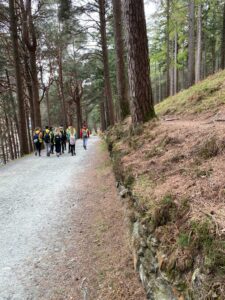 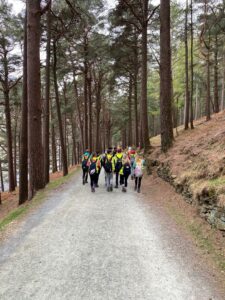 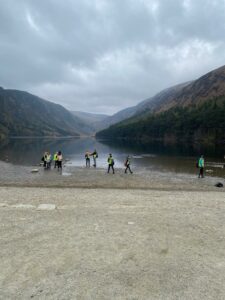 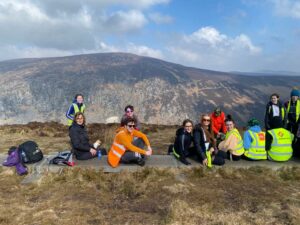 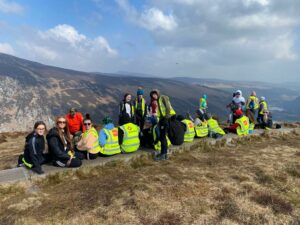 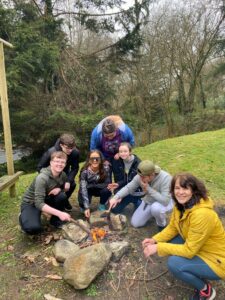 Congrats to 5th year student Róisín Tuohy who took to the stage with Ballyskenagh Drama Group recently for their production of ‘Married Bliss’ in Citeaux hall. She did great in her role and is well suited to the stage. Well done on a great performance that was enjoyed by audiences over 3 nights. 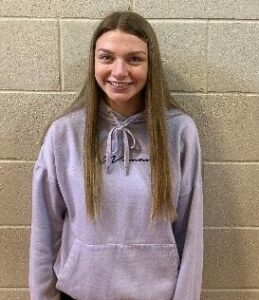